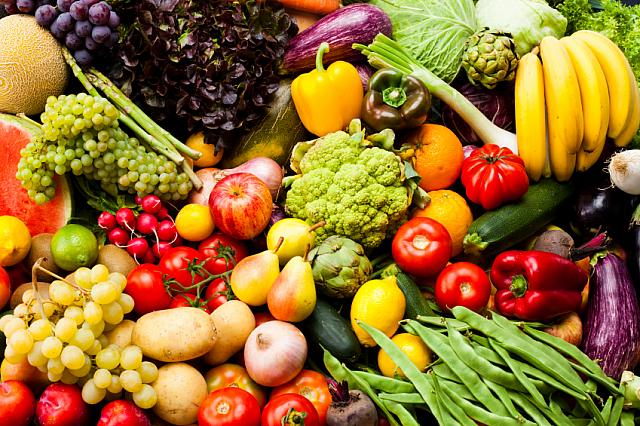 I once had a client whom I shall call “Jeff.”  Jeff was colorblind. He was only able to see black and white when it came to nutrition. When Jeff was “on,” he never ate a lick of sugar, ate only natural and raw foods, and never took in a high glycemic carbohydrate.   As a result, he would lose body fat, build muscle, and get flat-out shredded.  He was flying high, and, as his trainer, so was I.  I remember thinking, “I hope he can sustain this intensity for the rest of his life.” Although my optimism was high, my logical self told me otherwise.

As Jeff reached an incredible 6% body fat as a 45-year-old, I will admit that I took the liberty to stroke my ego a little bit, proclaiming to myself, “Man, I must be a really good trainer.”  Or so I thought.  During the next 6 months of training, Jeff and I learned a very valuable and tangible lesson that has served me ever since.

Although Jeff continued to work hard in the gym, I notice that he slowly but surely stopped bringing me his food journal.  When I asked him why, he would quickly pass the buck stating, “Oh, my nutrition is good. No worries! Let’s just go hit the weights.” Three weeks later, there were no food journals for my review.  I was becoming suspicious as I noticed a little increase in his body fat and a small decrease in his exercise frequency.  It was time for me as the trainer to take action.

With my ego feeling challenged and with Jeff’s recent nutritional slips, I asked him to accompany me to my office.  I was still a young personal trainer, and I had not yet studied human behavior or mental mastery.  I remember walking to the office and thinking to myself, “I am going to let him have it as soon as that door closes.”  I was furious.  Jeff had proven that he was disciplined and was able to adhere to a very strict diet of natural food, and I was aghast that he had not only betrayed himself, but he also had betrayed me.

The office door closed and the “teacher” was ready to teach the student again, or so I thought.  I recall emphatically opening my mouth and incredulously asking, “Jeff, what is going on, my friend?  Why are you throwing your nutrition into the crapper?”  I wanted to provoke a response by being bold but humorous at the same time. Wrong decision.

Jeff’s face turned noticeably red, and I recall him burying his head in his hands and rubbing the temples of his forehead before he spoke.  In my ego, I thought he was conjuring up the best apology of the 21st century.  Wrong again.  As Jeff sat upright, I shall never forget the verbal lashing that I received that day.

“I will tell you why I have fallen off of the wagon, Griff!  When you first consulted with me, you asked me what my main goal was.  I told you that my goal was to lose fat, gain more energy, be able to turn my wife on again, and actually enjoy my life again.”  At this point I was unsure where the conversation was going, and I had the sense that he was now in control of the conversation.

He continued by saying, “And while it is true that you have helped me lose weight and get into the best shape of my life, it is also true that, in a sense, you have taken my life away.  You will not let me eat any sugar.  Treats are a four letter word, and letting my hair down to have a piece of birthday cake for my daughter’s birthday is completely out of the question.   In essence, you have taken my goal of lifestyle change and twisted it into a Nazi-like nutritional regime that is not enjoyable, fun, or lasting.  So shame on YOU, Griff, for not complying with MY goal and making YOUR goal my destiny.”

The man had a way with words, and although I was shocked and visibly shaken, I knew one undeniable fact: HE WAS RIGHT!  I came to realize that I was the one who was black and white. I was the one suffering from color blindness.  I will forever be grateful for Jeff’s important lesson for it has forever altered my career and part of my life’s mission: to help people change their health and fitness lifestyle.

Pareto’s law has stated it best.  Consume healthy, natural foods that Mother Earth provides 80% of the time.  With this discipline, it is completely acceptable to let your hair down the other 20% of the time so that you can enjoy life and indulge in foods that you otherwise would avoid for health reasons.  There is wisdom in this yin/yang principle, and I would encourage you to always remember this fundamental principle that is paramount to your long-term nutritional success.  Life is good!

Designed and built by The Tactical Co.

Get Started For Free!

Want to experience the Lifelong Fitness Difference? Right now you can get a free temporary membership!

– 2 FREE Personal Training Sessions with an actual fitness expert, not a big-box gym trainer
– Trainer / Client Compatibility Assessment
– Temp 24 / 7 Access to the private gym conveniently located in Kaysville
– Free workout on 1 or both sessions
– Optional nutrition session (if not used for another workout on the second session)
– Learn a new path to your goals
– Mini Teaching Session: The 5 Power Pillar Coaching System
– NO obligation to continue and just enough time to decide if you love us!

Fill Out The Form To Get Your Temporary Membership!