Hello there, my friends!  I hope you are treating life well by staying away from a little substance likely found in your favorite soda pop, yogurt, lightly-flavored drink, candy, and countless other foods. You have no doubt heard of this substance.  It is one of the most controversial and hotly debated substances in the world.  Its name is aspartame.

Aspartame is an artificial, non-saccharide sweetener that is primarily composed of two amino acids and a third component called methanol.  I have been researching this ingredient for the past 5 years and have been shocked at what I have found.  Below I will break down each ingredient and show their possible side effects.

This is a naturally occurring essential amino acid that is commonly consumed in many protein-based foods on a daily basis.  In and of itself, it is harmless and necessary for many physiological functions.  In short, you cannot form a “complete” protein without it. Without a complete protein source in your nutrition, it would be impossible to build muscle and a healthy metabolism.

Aspartic acid is also a naturally occurring amino acid and is necessary for optimal health and function.

This is nothing more than wood alcohol…yummy!  Because it is a toxicant to humans, the EPA has set the safe limit of methanol consumption at 7.8 milligrams and or less per day.  The funny thing about this limit is that it is about HALF of the limit that you will find in a can of your favorite diet soda!

You may be asking yourself, “So, with the exception of methanol, what is so bad about these ingredients?” The answer lies in the quantity of these amino acids and substances.  For example, phenylalanine and aspartic acid are linked together in aspartame by an ester bond (for you chemistry geeks).  When this bond is broken down in your intestinal track, it releases large amounts of phenylalanine and aspartic acid, both of which are unrecognizable by your body in their free form.  They create what is perhaps the biggest threat to your health:

These free-form amino acids cross what is known as the blood-brain barrier where they are metabolized by the brain. The problem is that your central nervous system is flooded by these free-form amino acids, which, in turn, excessively fires brain neurons, creating a condition called excitotoxicity. “So what” you may be saying. The bad news is that too much excessive firing can cause cell degeneration and premature cell death [1].   Additionally, they have been linked to free-radical damage.

As mentioned earlier, methanol is the third ingredient in aspartame.  The bad news is that the methanol in aspartame is known to spontaneously break down into formaldehyde inside of your body. Unfortunately, formaldehyde is toxic to all the cells in your body.[2]  While methanol is actually a naturally occurring substance, it is never found with the two other amino acids like it is found with aspartame.  Additionally, in nature, it is usually bound to pectin, which prevents its conversion to formaldehyde. The EPA has stated that there is no known toxicity level for this substance, but I for one am not ready to be the guinea pig!

I am VERY aware that this is a controversial topic.  You will find experts completely against the use of aspartame, such as Dr. Joseph Mercola (www.mercola.com), and you will find the FDA completely in favor of it. The FDA, however, was also in favor of the anti-obesity drug Fen-Phen and approved its use in 1959. It took over 40 years to get it yanked from the shelves for causing potentially fatal pulmonary hypertension and heart valve problems.  Indeed, the FDA does NOT hold an unscathed record of health. 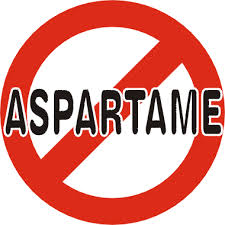 As I have mentioned earlier, I am very much in favor of going natural whenever possible, and although this chemical has natural components, they have been unnaturally linked together in a way that is detrimental to human health.  I would invite you to do your own research on this topic and come to your own conclusions.  As for me and my house, I will stay with sweeteners that nature intended.

Life is good my friend!

Designed and built by The Tactical Co.

Get Started For Free!

Want to experience the Lifelong Fitness Difference? Right now you can get a free temporary membership!

– 2 FREE Personal Training Sessions with an actual fitness expert, not a big-box gym trainer
– Trainer / Client Compatibility Assessment
– Temp 24 / 7 Access to the private gym conveniently located in Kaysville
– Free workout on 1 or both sessions
– Optional nutrition session (if not used for another workout on the second session)
– Learn a new path to your goals
– Mini Teaching Session: The 5 Power Pillar Coaching System
– NO obligation to continue and just enough time to decide if you love us!

Fill Out The Form To Get Your Temporary Membership!